by the Reverend Frank M. Alton

The sermon begins at minute 16:10 of the video

It’s not easy to change bad habits. No matter how many pictures are shown of people with decrepit bodies due to cancer caused by smoking, people continue to smoke. Despite reports showing that 80+%  of people hospitalized with Covid are unvaccinated, people still refuse to be vaccinated. Despite listening to actual recordings of people saying one thing, those very people continue to claim they said the opposite – and many believe them. Despite reports that say we can still save ourselves from the worst impacts of climate change if we act now and dramatically, and despite exponential growth of hurricanes, tornadoes, floods, droughts, and visible sea-level rise, most of us still refuse to reduce our carbon footprint by changing our habits in ways that might inconvenience us.

At least we’re consistent! Statistics, pictures, recordings, and logic; guilt trips, inspiration, pleading, and fear tactics. None of it seems to motivate a critical mass of us to change our habits. On this Earth Sunday, we must ask, what will it take? Of course, many have already answered that by behaving in earth-nurturing ways. I know that some of you have made significant changes. There is a wide range of lifestyle choices that can be earth-nurturing.

Sometimes entire groups of humans behave in earth-nurturing ways. Native Americans and other marginal cultures have maintained behaviors and beliefs that protect and nurture the earth. What makes them different? Two characteristics I notice are, 1. those cultures continue to reflect on what they see around them, and 2. they listen to elders who have acquired wisdom over many generations. For those and other reasons, they have mostly resisted the temptation to pursue certain apparent benefits that end up having unanticipated costs.

And that’s often what we’re dealing with, isn’t it? Chemical, mechanical, and technological discoveries designed to improve our lives and make them easier end up polluting our environment and negatively impacting our lives in other ways. Christian missionaries trying to save people by changing their belief systems end up dividing or destroying entire cultures. Development agencies descending on so-called primitive communities to “improve” their lives end up making them more vulnerable to outsiders.

And this isn’t just a modern problem, even though Earth Day is only 52 years old. In today’s readings, the prophet Jeremiah wrote about empty cisterns and cracked ground from lack of water, and the Apostle Paul spoke of the groaning of creation. The wisdom of elders that heals the groaning is also ancient – ancient, but not primitive. That wisdom looks at the world in earth-nurturing rather than earth-destroying ways. Its primary feature is to see the whole creation, rather than just humans, being healed and saved. This wisdom is broader than the Judeo-Christian tradition, but we must be reminded that it is part of our wisdom as well. The Psalmist expressed it clearly: Praise God from the earth, you sea-monsters and deeps; fire and hail, snow and fog, tempestuous wind, doing God’s will; mountains and hills, fruit trees and cedars; wild beasts and cattle, creeping things and winged birds. Among our brothers and sisters we include the sun and the moon; among our aunts and uncles are the animals; and among our cousins are the plants. The Western Church seems to have missed this wisdom overall, with a significant exception in St. Francis, who spoke like this 900 years ago.

As Earth Sunday falls in Eastertide, we must speak of resurrection as a creation-wide reality. Paul reminds us that the first fruits of Jesus’ resurrection include  redeeming the whole cosmos. The Book of Revelation describes the New Jerusalem coming down from heaven to earth. Creation began in an idyllic garden and its future will be a life-sustaining city. From beginning to end, the story is about earth more than heaven. The promises of God are for all the creatures of earth. As Ambrose of Milan said in the 4th century, “In Christ’s resurrection the earth itself arose.” A more contemporary voice – Franciscan theologian Ilia Delio – asks: Where is this risen Christ?—in you, your neighbor, the dogwood tree outside, the budding grape vine, the ants popping up through the cracks. The whole world is filled with God, who is shining through even the darkest places of our lives.

This ancient wisdom is not what I learned in seminary. In a view Richard Rohr calls cosmic narcissism, I was taught that humans were the only creatures God cares about. Everything else is just food for our sustenance and enjoyment – animals, plants, sun, water, and earth! The world was just a gratuitous painted backdrop so we could do our Christian thing and be saved! People of faith have misunderstood the biblical command to be stewards of the earth. Walter Brueggemann offers a corrective: The dominion here mandated is with reference to the animals. The dominance is that of a shepherd who cares for, tends and feeds the animals. The task of dominion does not have to do with exploitation and abuse but with securing the well-being of every other creature and bringing the promise of each to full fruition. The role of the human person is to see to it that the creation becomes fully the creation willed by God.

My own life tells me that learning the ancient wisdom isn’t enough to change my habits. I read Walter Brueggemann decades ago and my behavior still isn’t earth-nurturing enough to match the crisis. Changing mindsets isn’t enough. Heartsets must change. Something must happen inside us to change those habits. Many folks who are waking up to the crisis our planet finds itself in are coming to the realization that the Native American heart set toward creation might hold an important key to healing this world. Lutheran pastor, Carmen Retzlaff, reflecting on today’s Gospel in light of Earth Day, shows how the creation-centered hearts of Native American can open us to an important connection between the Logos at the beginning of John’s Gospel and the Christ in the familiar story of Thomas in today’s Gospel reading. I couldn’t resist including both in today’s reading.

As John’s Gospel moves from the Logos present at creation in the opening passage, to the Christ in the flesh whom Thomas meets, we are invited to expand the impact of Jesus’ saving and healing act with Thomas as he reassures him of the reality of his presence. The same one who saves and heals Thomas – and us – cares for the entire creation. But we must embrace both God’s gift of creation and the destruction we have wreaked on it, including the seen and the unseen parts. The gift of oxygen is not visible in our air, but it is there. The pollution of our atmosphere by dangerous chemicals is not always visible, but we must believe it is there to act to care for and repair the damage we cause.

After Thomas sees Jesus and confesses his faith, Jesus says, “Blessed are those who have not seen and yet have come to believe”. True. But scientists in 2022 agree with both Thomas and Jesus. While they know that there are still many parts of creation that are invisible to us, and that we must remain open to discover them, they also insist that there’s something about seeing it for ourselves that makes it more real. In 2022, we’re seeing much of the destruction we have wreaked on creation with our own eyes. Once Thomas saw and touched Jesus’ wounds, he believed. Do we have Thomas’ faith to change our hearts and behaviors toward the earth after seeing the wounds of creation?

Perhaps if we allow the wisdom of the Native American people to open our eyes to understand John’s message that the Logos present at creation is the same one who meets us in the intimacy of our upper rooms, we will be able to say with Thomas, “My Lord and my God!” and find the power to heal the planet. Let’s join them in being people who reflect on what we see around us, and listen to the truths learned by wise elders over many generations.

Being True to Ourselves amidst Threats

030222 Ash Wednesday/Miércoles de Ceniza Dust y Polvo The sermon begins/empieza at 18:45 en el video Psalm/Salmo 103:8-14; Matthew/Mateo 6       “From dust you came and to dust you shall return.” Del polvo viniste y al polvo volverás. Those words are spoken as the...

An important part of the rhythm of the life of faith is time away from the regular routine. Retreats offer that in a powerful way. The Cathedral Center has its own retreat center, which offers room and board, and space for both individual and group retreats. In addition, St. A holds retreats each year. Sometimes these are weekend events for the whole congregation like our Encounter weekend in October. We also offer occasional half day retreats in Advent and Lent. Personal guided retreats are also available by request. 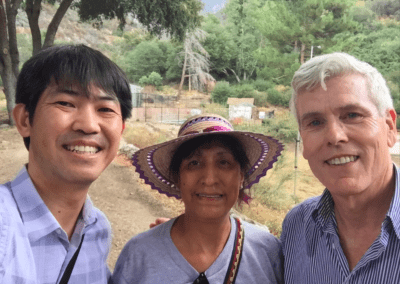 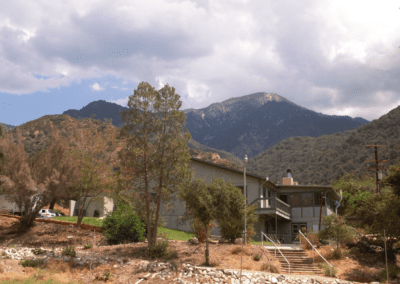 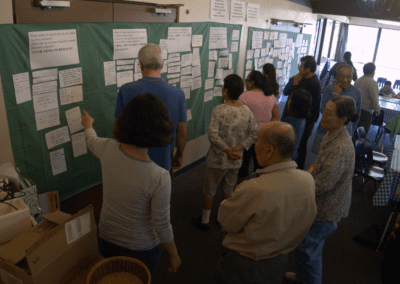 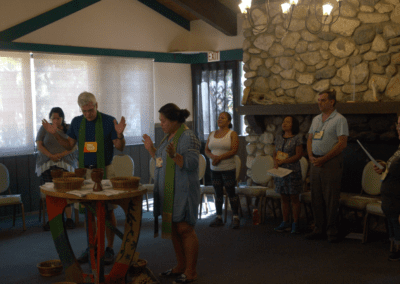 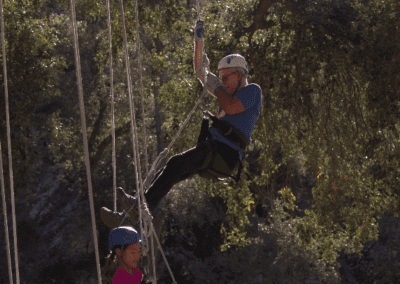